If you thought Memphis was only known for Elvis and BBQ, guess again! This is a place that mixes historic charm with a modern mentality and I dug it. Here are my top 15 favorite things to do in the city of Memphis and how much everything cost!

WATCH MY VIDEO (and continue reading below)

1. Cruise Around Memphis in Style with Rockabilly Rides.

I pretty much felt like a celebrity in the dreamy 1955 Plymouth Belvedere I got scooped up in. We got so many looks, and for good reason. The ride was hot!

Touring with Rockabilly Rides will make you feel like you’re going back into time as you explore the rich musical past of Memphis. They offer several private experiences, but I did the Red, Hot & Blue tour which let me relive the early days of Elvis before and during his rise to fame.

Price: Varies based on # of guests

Sun Studio has the claim of being the birthplace of Rock N’ Roll. You’ll stand in the same place where music legends like Elvis, BB King, and Johnny Cash recorded some major hits. They do 45-minute tours everyday between the hours of 10 and 6. 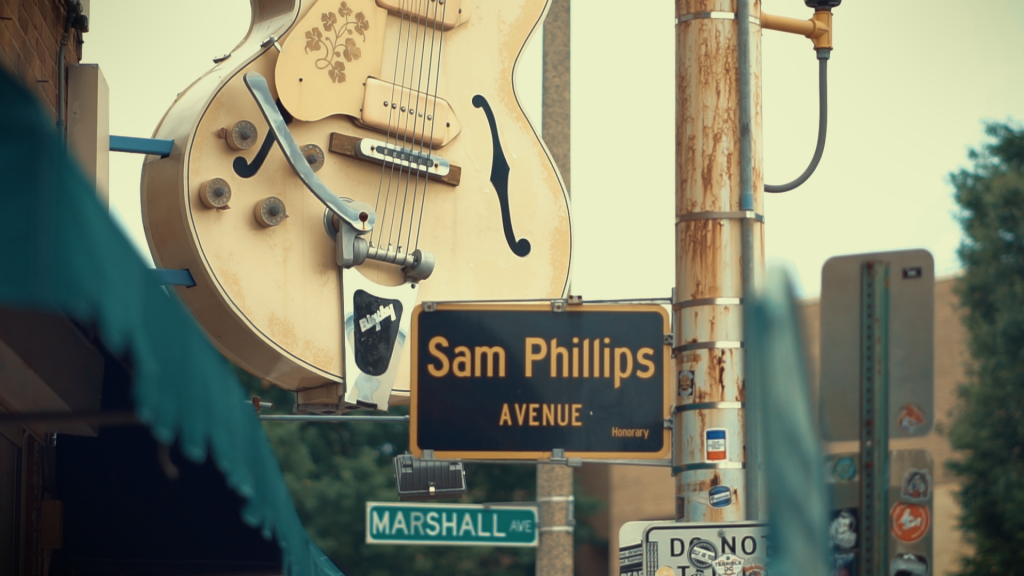 Now if you wanna experience the studio that is pretty much synonymous with southern soul music, then Stax is where it’s at. Stax legends include Isaac Hayes and Otis Redding who sang one of my favorite songs. Sitting on the Dock of the Bay. 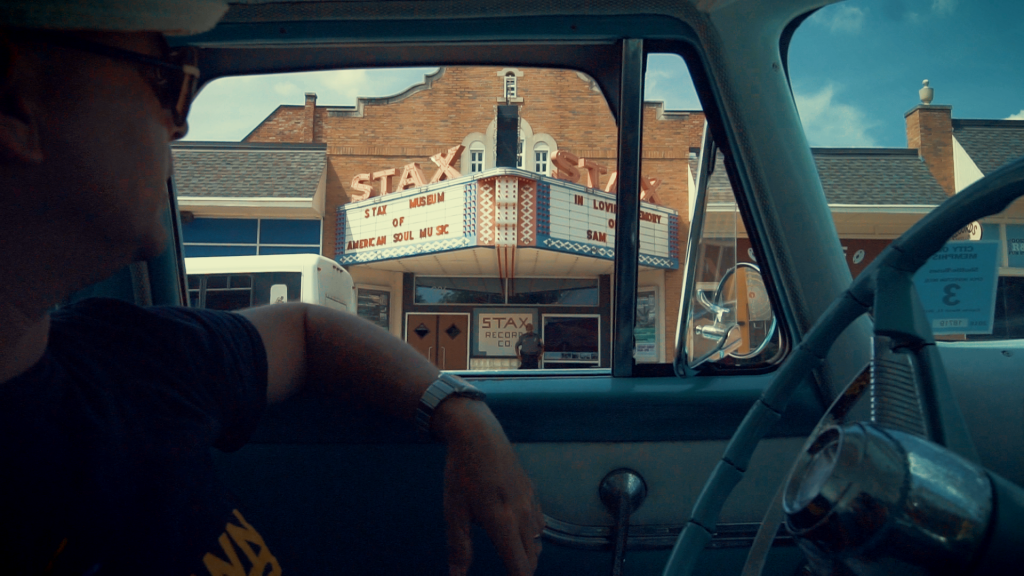 All this summer until September, you can experience Bike Nights on Beale. Every Wednesday night, thousands of motorcycle enthusiasts descend on the area and you can watch them cruise by you on America’s most iconic street. Honestly no matter what night you go on Beale Street, it’s always poppin. 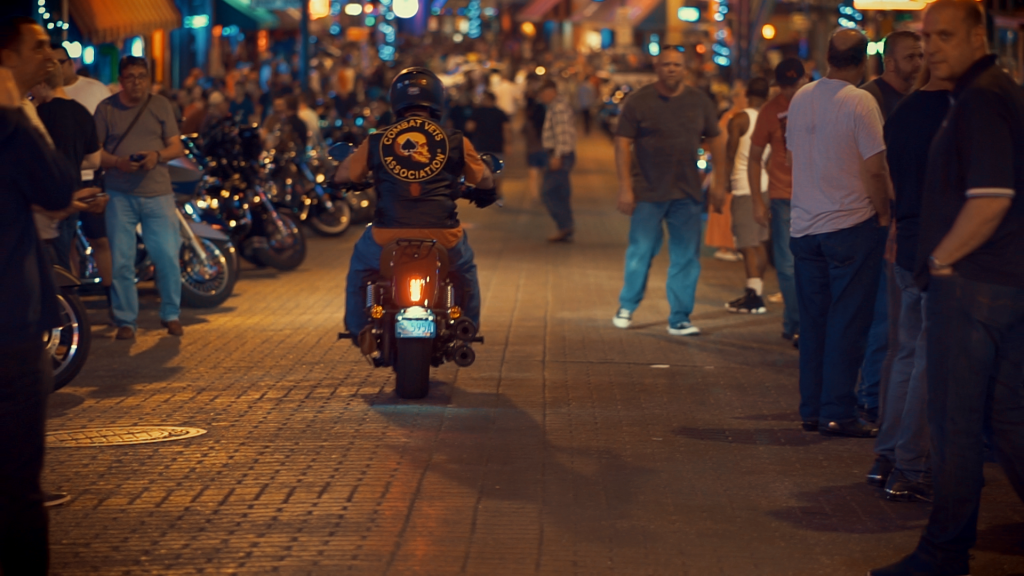 If you can’t tell by now from this video, Memphis is ALL about the music and there are so many places in Memphis where you can experience it. And remember my Rockabilly Rides recommendation? Turns out the owners are also musicians! So Brad Birkedahl, my tour guide, invited me out to hear him perform live at Blues City where he killllllled it. The man really knows how to work an audience y’all (don’t forget to peep the video)! 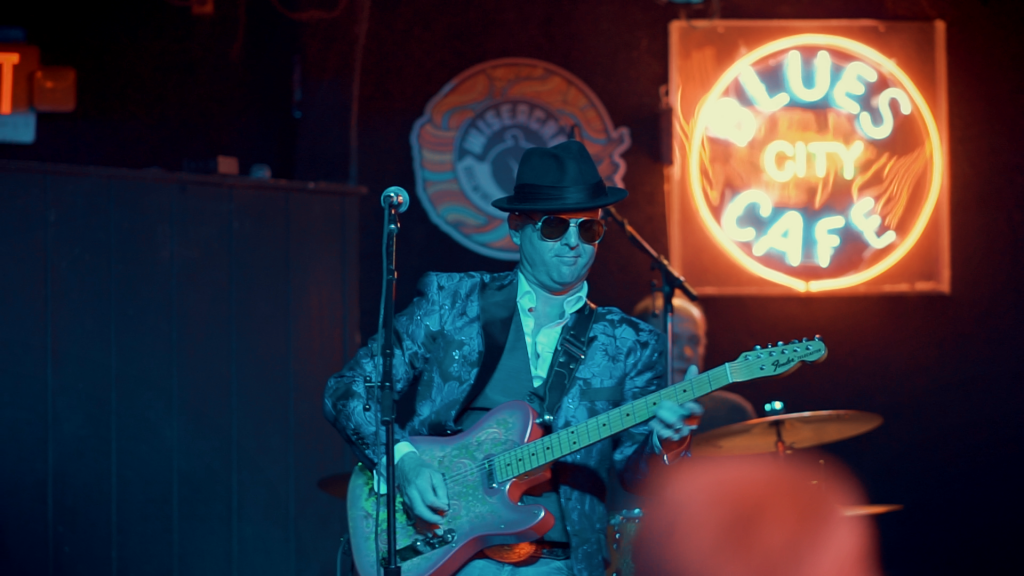 Beale St. isn’t the only place to hit up at night. Summertime is rooftop party season at the Peabody Hotel so if you like a good party with live music, then the Peabody is where you need to be on a Thursday night.

*Single Night VIP Pass is double whatever general admission is for that night.

7. Stay at the Peabody

On top of throwing the best rooftop party, it’s actually one of the most famous hotels in Memphis. The Peabody is a luxury hotel with old school charm and it’s even apart of the Historic Hotels of America, making this more than just a hotel, but an important Memphis landmark. Oh and they have this really big obsession with ducks. Like…really big. Which bring me to….number 8…. 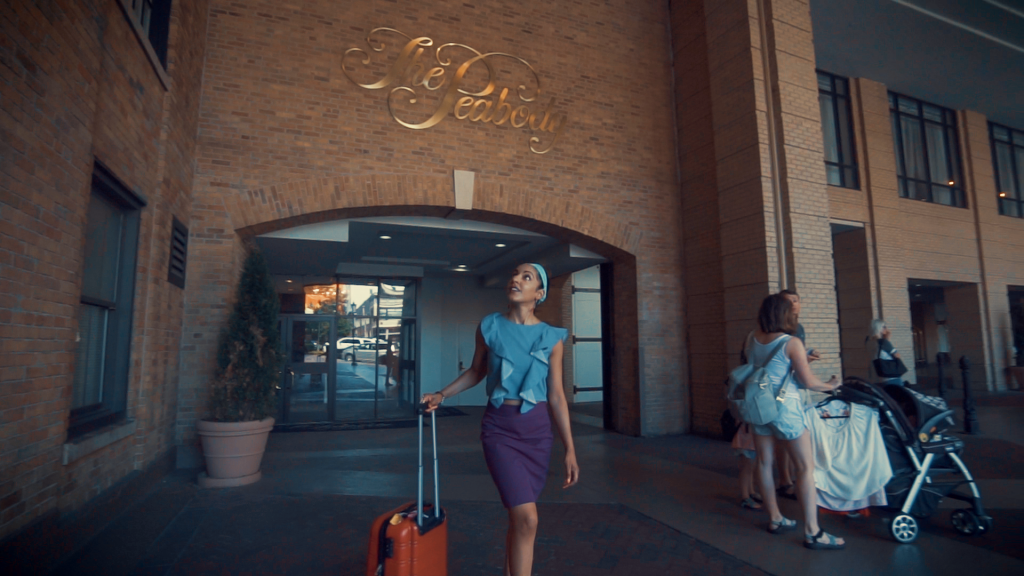 You don’t have to be a hotel guest to see the #1 thing that the Peabody is famous for: its daily duck march. Meet the most pampered ducks in Tennessee. Every morning at 11am they march down to the hotel lobby fountain where they play all day and then at 5pm they march back up to their rooftop palace. 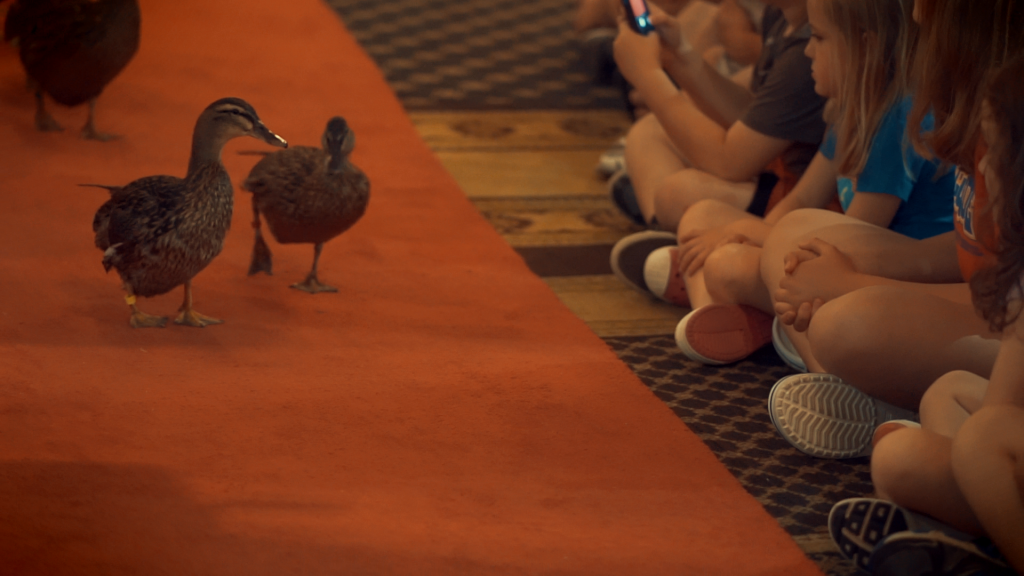 Memphis just unveiled Explore Bike Share, its new bike share program. They have bike stations all over the city and are super simple to use. Just download the BCycle app and enter the code on the bike to unlock it. Everything can be done through the app including payment.

Did you know Memphis is just a hop skip and a jump away from the state of Arkansas? Yeah, you can literally walk across the Big River Crossing, the longest pedestrian bridge across the Mississippi River. 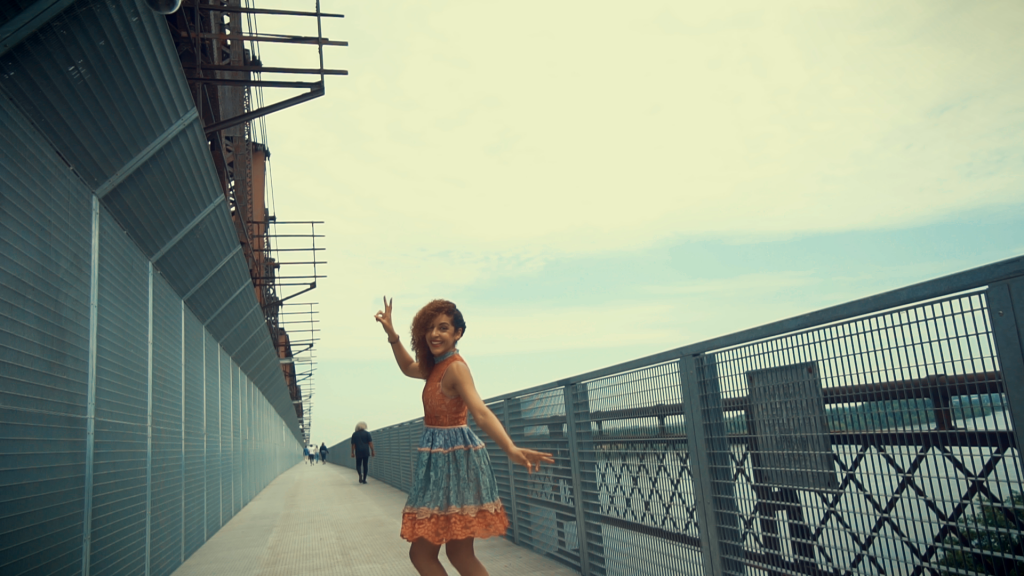 11. Hang out at the Crosstown Concourse

The building was constructed in 1927 as a Sears distribution center but then shut down in the 90s as a result of the decline in the mail-order business. Years later it was transformed into the Crosstown Concourse you see today, a mixed-use vertical urban village. I came here at least twice to stuff my face and also to walk around and admire the art. 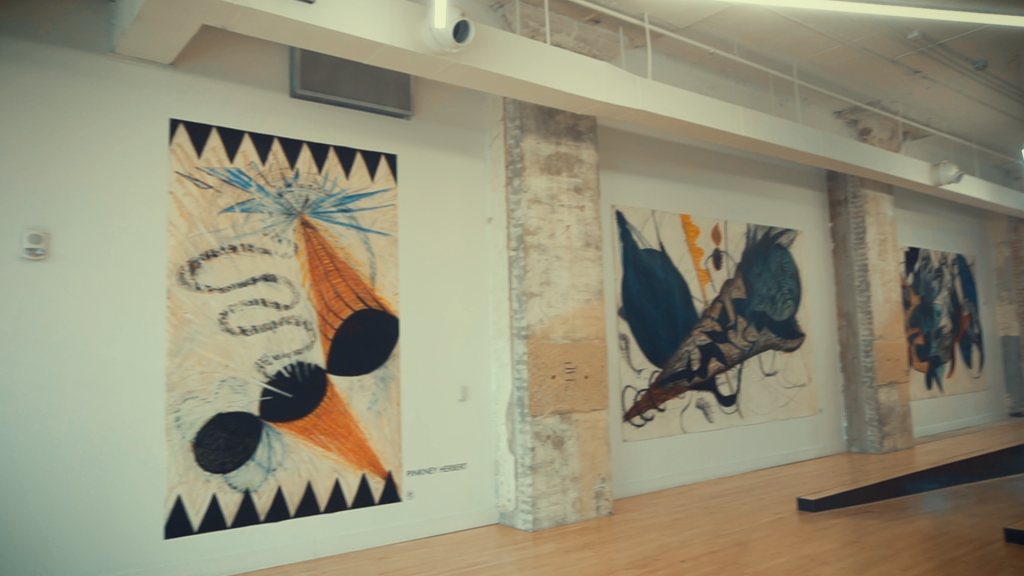 This district is filled with over 70 locally owned businesses like boutique shops, art galleries, bars, cool stuff like that. I was able to duck into this artsy looking bar that was literally called “The Liquor Store” where I simply asked for their most Instagrammable cocktail and voilà, it didn’t disappoint.

Overton Square is great for both street art enthusiasts and foodies alike. Not only can you sign up for an art tour here, you can also eat to your heart’s content at the huge variety of restaurants they have in the area. 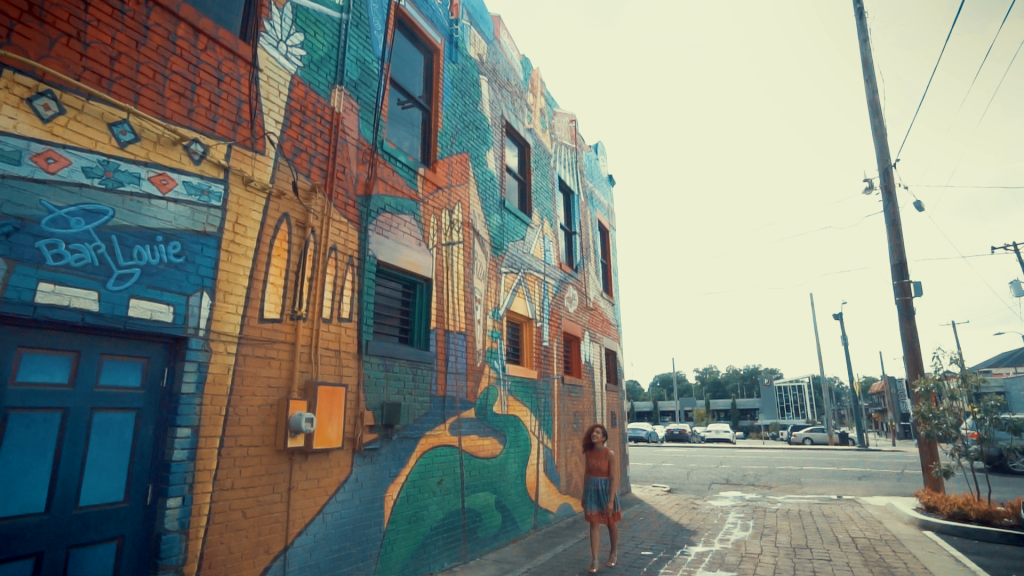 While many people come to Memphis ready to devour BBQ, I ended up dining at a ton of vegan and vegan-friendly joints which I’ll be gushing about in a separate blog post that’ll be all about the amazing vegan food scene in Memphis.

Gloria from The Blog Abroad wrote an amazing piece about her experience here and it inspired me to visit as well. The museum will guide you through five centuries of history—from the beginning of the resistance during slavery all the way to the events of the late 20th century that inspired people around the world to stand up for equality. 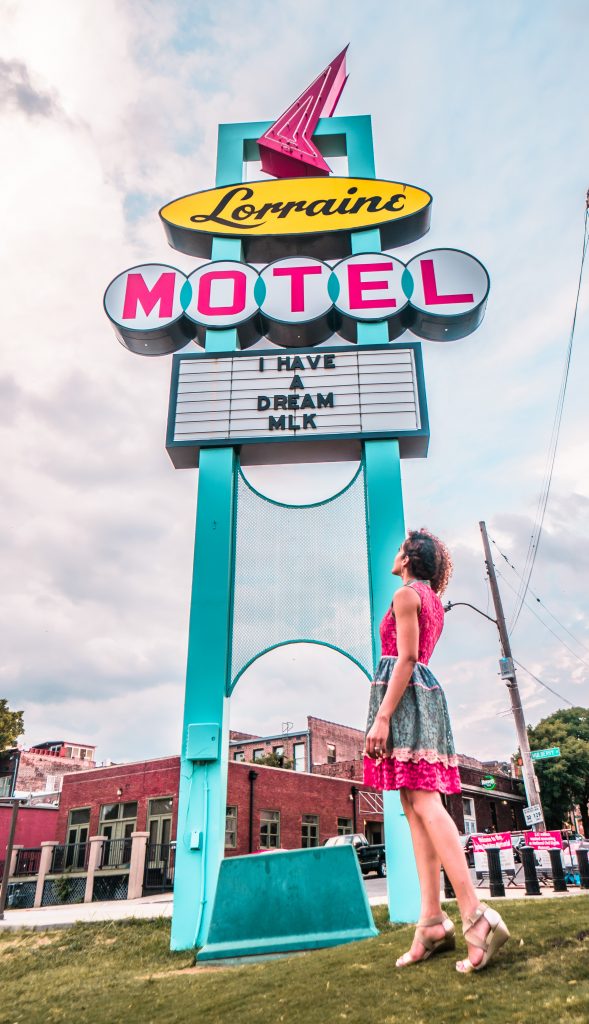 So that’s it folks! Being in Memphis literally made me feel like I was in another era at times. Historically, it continues to preserve its past by paying homage to the cultural contributions music legends and civil rights activists have made to the American South. But on the modern side of the spectrum, Memphis acknowledges its past without staying stuck in it. I particularly enjoyed how the city fit right into my green lifestyle with its awesome bike share program and impressive offerings of vegan eats!

For additional ideas, you can discover more Memphis at memphistravel.com

* This adventure was sponsored by Memphis Travel, but please believe all opinions are ALL me. In other words, I legit had fun on this trip and believe you will too. 😉

Which of these Memphis attractions do you plan on experiencing during your trip? Or let me know if I missed anything in the comment section below!

One Reply to “15 Things to Do in Memphis, TN | Memphis Travel Guide (with video)”