Skip to content
"I will save the animals." Yes he will! 🥰 Or at

Giving the closing speech about climate action on

I don't wear makeup every day, but when I do, I ma

The rising temperatures from climate change have b

Welcome to Beyond’s favorite spot on the patio!

Repeat after me: “I can do hard things.” This

Happy birthday to my dad! He's one proud grandpop.

Rarely do I ever do tours when I travel, but my friends and I have done quite a few in South Africa and we’ve loved each one. Jannae and Coribbia signed us up for the Baz Bus 1 Day Cape Peninsula Tour and let me tell you—we managed to experience a whole lot of sightseeing (and sightdoing) during this excursion. On this tour, we explored the Cape by bus, bike, and on foot, and we were accompanied by an entertaining bus driver and very knowledgeable guide. Listed below is everything we did!

VIDEO OF OUR TOUR:

Our first stop was Hout Bay, a seaside neighborhood in Cape Town. If you’re hungry, there’s a wide variety of restaurants to choose from including Thai, Indian/Pakistani, Italian, and seafood (though I’m vegan, so no fish for me). The restaurant I’d recommend trying is Quentin at Oakhurst because I like to support sustainable establishments, and this one has locally sourced food and the ingredients are sustainably grown and harvested.

If shopping is your thing, there’s a local market and I also recommend checking out one of Hout Bay’s best-kept secrets: Original T-Bag Designs. It’s a shop that makes functional art out of recycled tea bags! 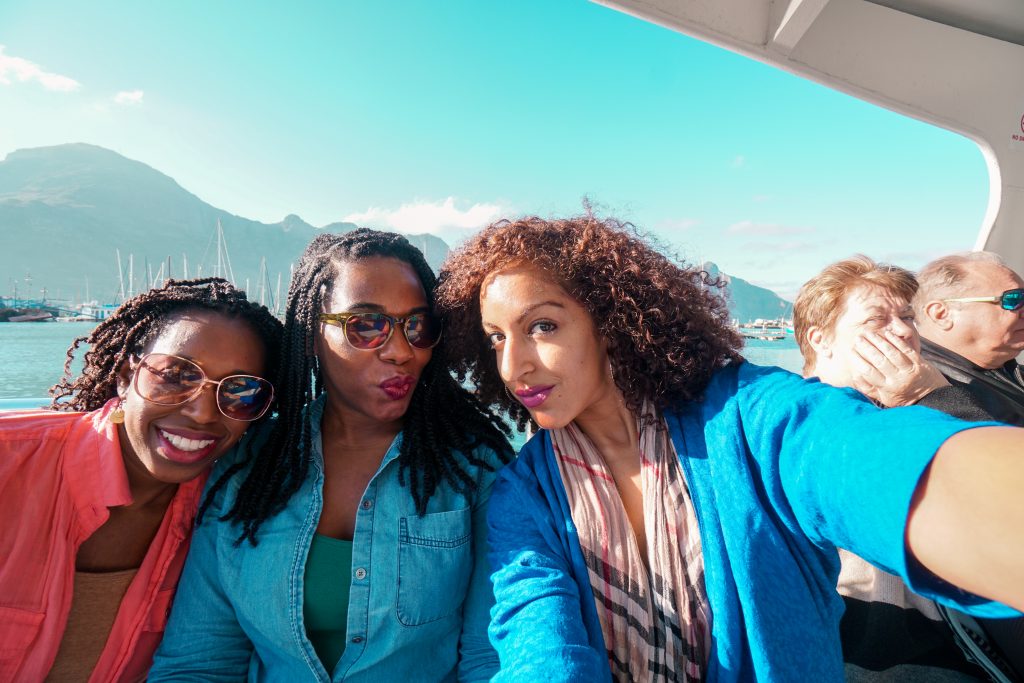 In Hout Bay, you can catch a boat ride to the Cape Fur Seal colony on Duiker Island. It’ll cost you R70 (about $5 USD). Before we even made it to the island to see the adorable seals, we saw some of the most gorgeous views along the way (which you can see in the vlog). 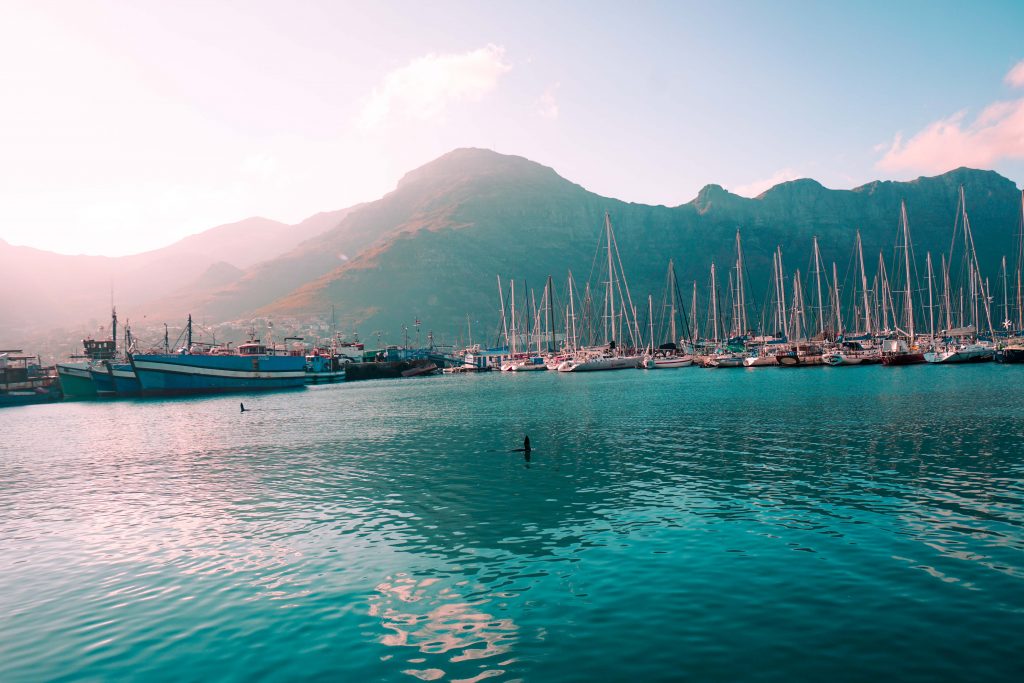 On our way to the next stop, we enjoyed some killer scenery from Chapman’s Peak Drive. The Baz Buz peeps pulled over and gave us a snack or two while we took in some pretty dope views. It was the perfect opportunity to whip out my drone and capture some cool aerials shots. 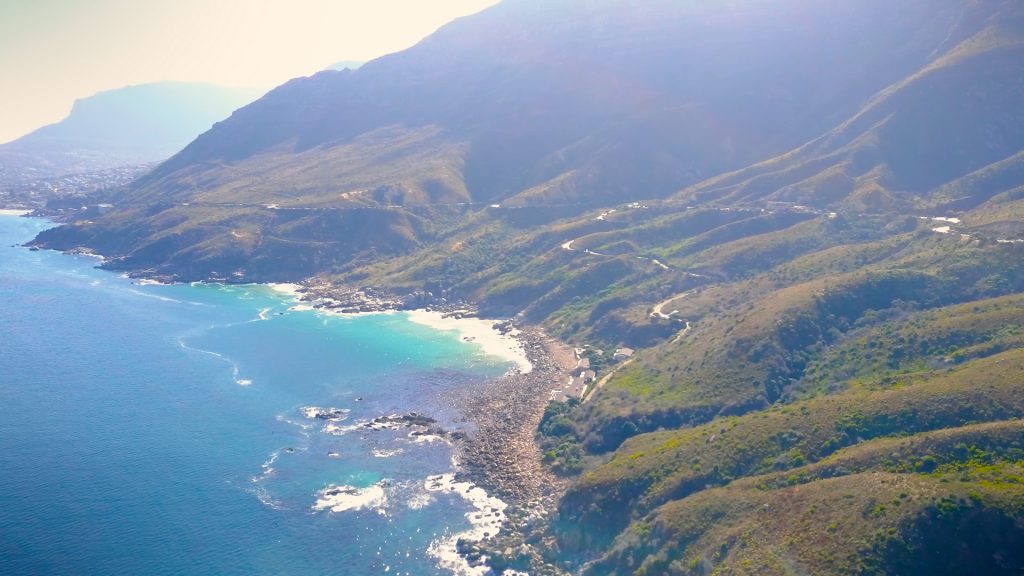 OMG penguins…in Cape Town? I didn’t know they existed outside of super cold areas, but they do. In fact many penguins reside along the tip of South Africa.

Unfortunately in recent years, the size of the penguin colony has been negatively impacted due to commercial fishing, marine pollution and habitat destruction. After they became endangered, the locals protected them, their colony grew, and now it’s a state park that people can visit. 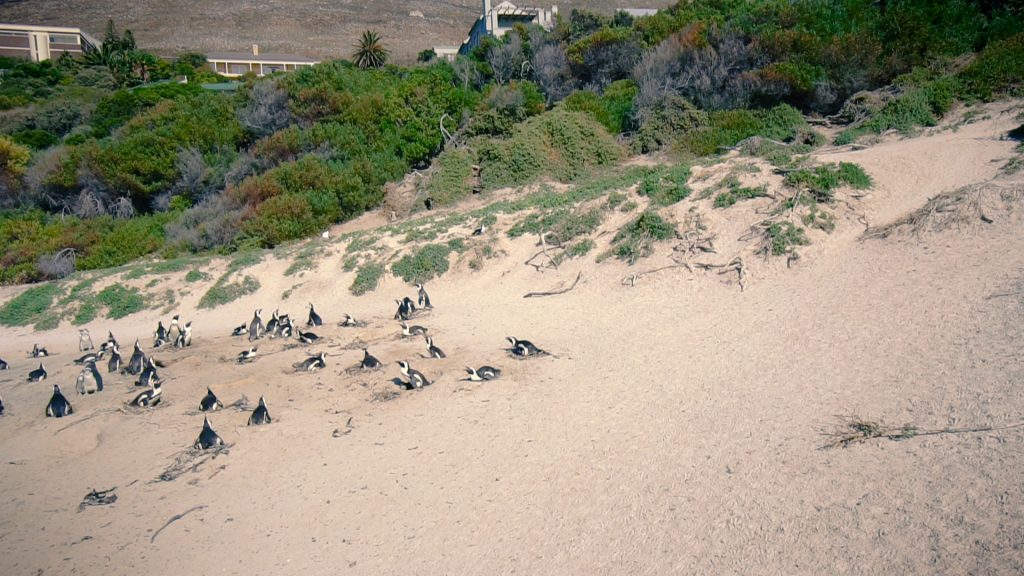 Okay so this is where Baz Bus got their cool points from me. They loaned each of us a bicycle so we could freely explore the Cape Point Nature Reserve. I was mildly terrified at first until I eventually got super confident in my bike riding skills. Before I knew it, I was cycling like a pro, or at least that’s what I told myself.

Naturally all that bike riding made us hungry! If you opt to do the Baz Bus tour like we did, then they’ll have a picnic waiting for you at the end of the bike ride. It was a nice little break before our final stop at Cape Point. 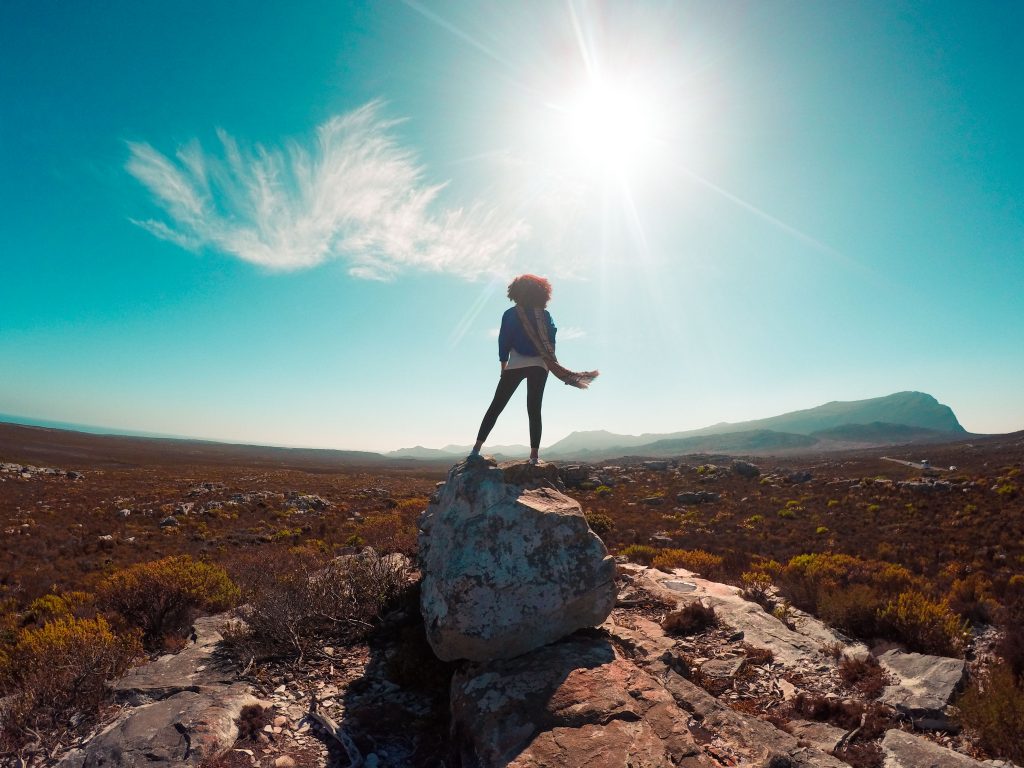 Thankfully we fueled up on food, because we had one last activity planned that required us to use up the last bit of energy we had for the day. The South-Western most point of Africa is insanely beautiful. First, we hiked up towards the lighthouse so we could get a remarkable view of the coastline. The water was this pretty shade of aqua and the waves were extra foamy as they crashed along the white sand down below. Then we actually hiked all the down and around the cliffs until we reached the other side where the bus was waiting for us. 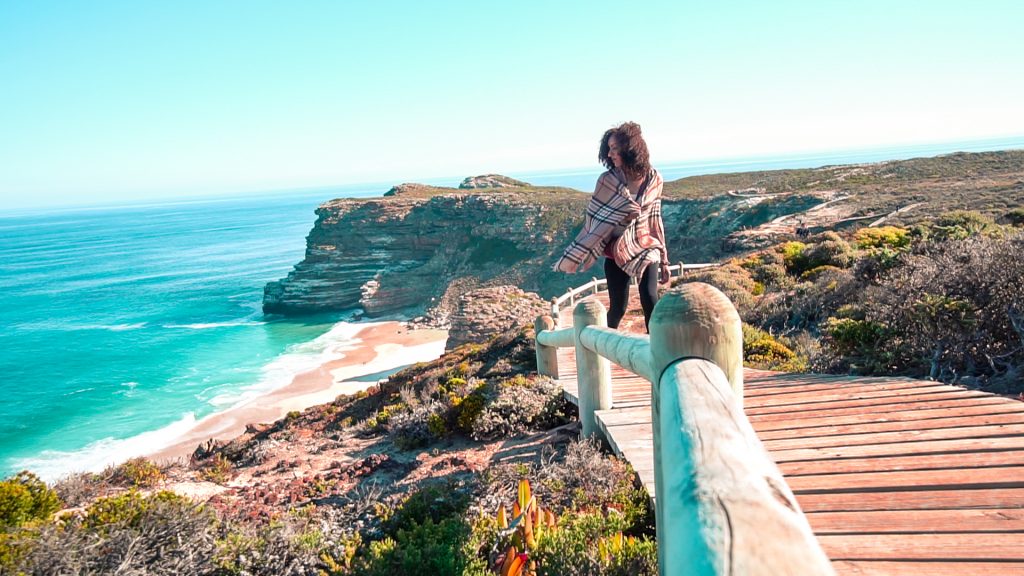 IT WAS A JAM-PACKED DAY

This was one of my favorite days during the trip. I love staying active when I travel—hiking and bike riding are two of my favorite ways to explore a city, so this literally made my day. No matter where we went that day, there was always a magnificent view to take in; and I can safely say that’s one of the best things about the Cape Peninsula. 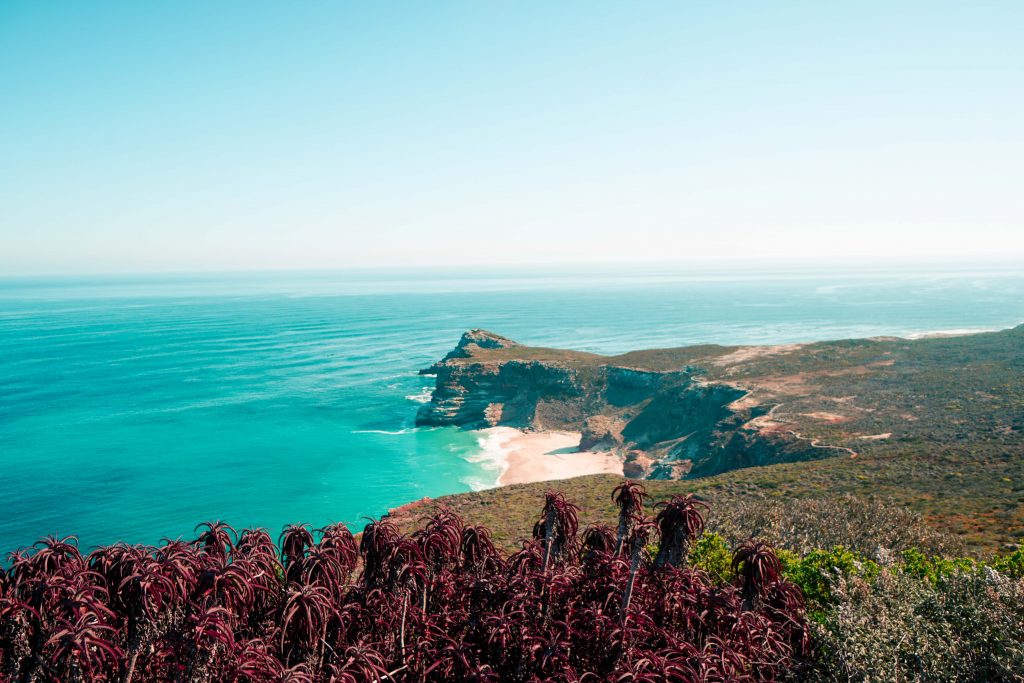 What’s your favorite way to explore a coastal area? Let me know in the comment section below! 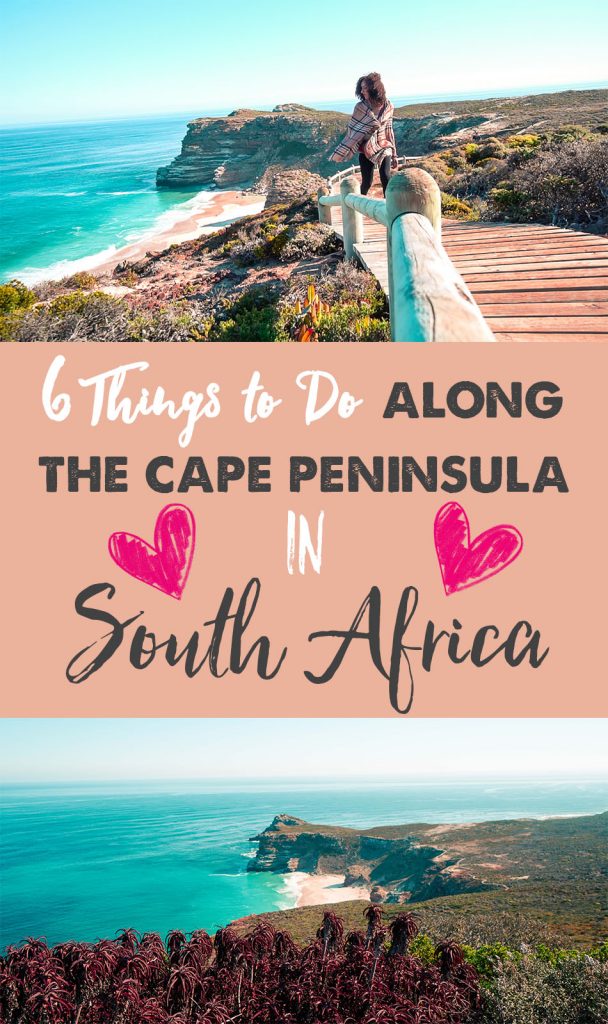